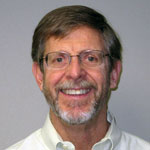 John E. Thomson DDS (62) longtime St. Maries dentist, died September 3, 2012 at his home following a courageous 2-month battle with cancer.
He was born November 25, 1949 to George and Evelyn (Leffler) Thomson at Fort Collins, CO. He moved with his family to Keene, TX when he was 2 years old. At the age of 13, his family moved to Lincoln, NB. He attended College View Academy and graduated from High School there with the class of 1968. John then attended Union College at Lincoln where he received his B.S degree. He then enrolled in Loma Linda Univ. School of Dentistry. He married Bobbye Childers on June 9, 1974 at Redlands, CA.
He graduated from Loma Linda with a D.D.S. Degree with the class of 1975 B. After graduation, John and Bobbye moved to Libby, MT where he set up his dental practice. They moved to St. Maries in 1982 where he opened his dental practice. He started a dental clinic in Potlatch , ID and worked between there and St. Maries from 1984 to 1989. John was a member and past school board member of the St. Maries Seventh Day Adventist Church . He was current President and 30 year member of the St. Maries Kiwanis Club. John was a Past President and current board member of the St. Maries Chamber of Commerce who recognized him as "Citizen of the Year" for 2011.
John was a community minded servant and served on numerous board of directors including the Valley Vista Care Center and Timber Plus. He was on the Board of the Soul Restoration organization of Osburn, ID. Professional memberships include the Idaho State Dental Association, American Dental Association, and Inland Empire Perio Study Club.
John was know for his passion for fly fishing and enjoyed many trips up the St. Joe River. His other enjoyments include boating, camping and bike riding. John also enjoyed snow skiing and running. He ran in many marathon and Â½ marathon races and completed the Boston Marathon twice. He was the founder of the St. Joe River Marathon which began in 2011.
John is survived by his wife Bobbye at the family home. Also surviving are his daughter Brenna Thomson of Leavenworth, WA and sister Mary Jo Brand of Madison, WI as well as numerous aunts, uncles and cousins. He was preceded in death by his son Jeremy in 2005 and his parents.
A celebration of his life will be celebrated on Saturday , Sept. 8, 2012 at 2:30 p.m. at the St. Maries Nazarene Church Gymnasium with Pastor Darin Million and Pastor John Pierce officiating. A gathering of family and friends will follow at the St. Maries Elks Lodge from 4:00 p.m. where a previous benefit for the family had been scheduled by his staff and community organizations.
Visit his online memorial and sign his guest book at www.hodgefuneralhome.com